Hye-won tries to escape from the politically progressive DNA inherited from Hyang-nip.

Hyang-nip has lots of job titles but she listens to podcasts all day, saying, “I should have been a politician.” She fights a lot with her daughter Hye-won because of her temper. Hyang-nip’s religious beliefs reject feminism. Hye-won vows to break free from Hyang-nip and her DNA. However, it is difficult to question the political inclinations Hye-won acquired. The mother and daughter have participated together in campaigns against the naval base in Gangjeong, the anti-nuclear movement, and the candlelight protests. Hye-won is even more troubled by the fact that her own contradictions are almost the same as those of Hyang-nip. How long can Hye-won, full of intellectual vanity and arrogance, hide her own contradictions? Will she be able to escape from the DNA from Hyang-nip and find her own DNA? And, in the process of finding DNA, will Hye-won find her own “progress”?

"I don't know. I have a DNA.” She believes that she has progressive DNA. That DNA was carried over to me as well. Is the political correctness of mine unconditionally correct? I wanted to ask a question about my political orientation that I believed was too "right." This documentary is the story of a ‘me, born in the 1990’s,’ who believes that I inherited the progressive DNA of ‘Hyang-nip born in the 1970s,’ within the political correctness that I’ve followed like religion. This documentary tries to capture a situation in which I can't easily break my umbilical cord from my mother, but still, I wish to find my true political DNA. 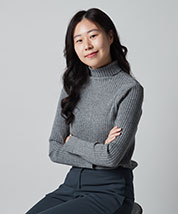 LEE Hyewon
Directed Nineteen and Twent in the dormitory of her school at the age of 19. This film contains the struggles of her friends for the college entrance examination. Her directorial works include Take Care of the Twenty Years, Love Me!, The Second Twenty Years, and Hwakyung's Plaster Studio.
Love Me! (2018), Hwakyung’s Plaster Studio (2021)
PRODUCER 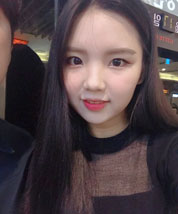 YOO Jeongah
Currently writing about films as a profession. She has known director Lee Hyewon for about 8 years as a classmate at Sejong University. She is collaborating with Lee with her uniquely blunt and candid documentary. She also appears in this documentary.
CONTACThewon1105@naver.com
Jeonju Office